Rocksteady Releases Gameplay Trailer of Arkham Knight - All Who Follow You

Check out the trailer


Some interesting things to note in the trailer

The previous trailer gave us a good glimpse into the combat we might expect in Arkham Knight, but it seems like that there is more to it! Apart from all the nice touches and improvements we got to see in the previous trailer, it seems we might be able combat thugs by switching between Batman and some of his allies like Catwoman, Robin and Nightwing! I personally can't wait to get to beat thugs by controlling Batman and Nightwing in one single fight! 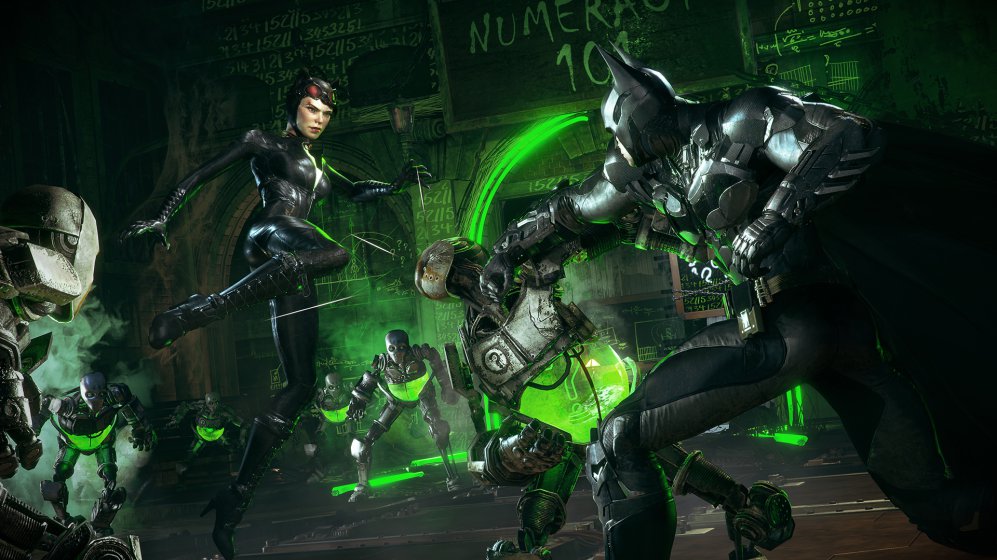 This trailer follows the example of previous trailers, and has codes in a single frame in various points which unlock character profiles for some of the characters in the game. There seems to be talk about the prominent placement of Johnny Charisma: Live ticker being displayed in the trailer in front of the arkham theatre (where joker died) and it being a being to "Joker is Alive". Might be far fetched though! We also get to see the first real look at Alfred in the Rocksteady games, as well as Lucious Fox looking badass. Together with Oracle, this means that this game will feature three batman allies never pictures before in the rocksteady games (Oracle and Alfred were just voices in the previous two games, they were never shown by face).

We also get to see the first good look at Nightwing and Robin in the trailer, as well as Catwoman. The fact that all of those would be needed to counter this threat by Batman, means that this will be a truly epic storyline.

Below is yet another analysis of the trailer, which is quite detailed. Enjoy!