There would be no Batman without Bill Finger

Bill Finger was the writer who Bob Kane hired to write stories for Batman during the early days. His contributions to the character are immense.

Bill Finger is the often unappreciated man behind the earliest days of The Dark Knight. If he wouldn't have been there during the days of Batman's creation, the character would have turned out very different. Unfortunately, he never recieved proper credit and mass recognition during his lifetime, and died broke. Bill Finger's contributions should be recognized and appreciated by anyone who claims to know Batman. 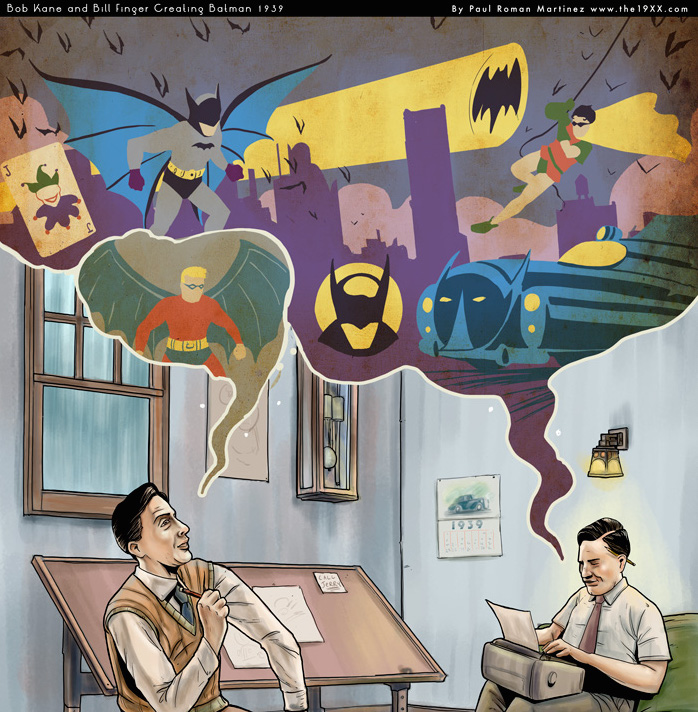 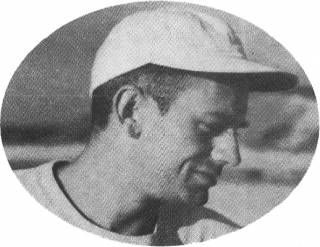 Bill Finger (February 8, 1914 - January 18, 1974) is the most important person behind the character we know as Batman and the Batman universe. Besides being hugely influential, he also was involved in important stories behind many other characters as well. It would be safe to say that Bill is one of the most infuential writers in all of comics, especially DC Comics.

Bill Finger's first name was actually Milton, which he had a dislike for. He was born to Louis and Tessie Finger in Denver, Colarado. He went to DeWitt Clinton High School, a school now famous for its notable alumini. Bob Kane also went to the same school, though he was a few years junior to Finger, and they never met in the school. (As a matter of fact, a few years later, Stan Lee would also attend at the same school).

His father was an austrian immigrant who came to the United States in 1907. His mother was born in New York, and Bill spent his childhood in the Bronx along with his siblings Emily and Gilda.

Not much is known about him before his days as a writer, except that he was working as a shoe store salesman in his mid-twenties. At a party, he chanced upon Bob Kane. Kane was from the same area as him, and both went to the same High School, though they never met there. Kane offered Finger a chance to work as a ghost-writer for him.

Together, Kane and Finger created magic. Well, mostly Finger. Kane had a very basic idea of a character called 'Bat-man', which is far removed from what we know as Batman today. It looked more similar to Superman in some ways. Finger looked at Kane's initial sketches, and added a number of definitive changes. He added a cape and cowl to the hero. He was the one who thought of him being a great detective, and of course, being that, he would be carefull not to leave fingerprints - hence he needed gloves too.

He was also the one who named him Bruce Wayne and added the tragic backstory of his parents being killed, that defined the character. He also named named the city he operated in as Gotham City, and either created or was highly instrumental in coming up of a number of iconic Batman villains like The Penguin, The Riddler, The Joker, Scarecrow, Clayface, Two-Face, Catwoman and many others, besides also creating Robin, Alfred, Comissioner Gordon, Thomas and Martha Wayne, Vickie Vale, Ace the Bat-Hound, Bat-Mite and more.

The list of things he created or was heavily involved in adding to the Batman universe is just astonishing.

Batman started to get more and more recognition, and DC Comics wanted to keep the team intact for more stories of the Caped Crusader. Finger and fellow artist working on Batman, Jerry Robinson, requested Bob Kane for more recognition and pay for their work, but Kane refused. In of the rare instances of standing up for himself professionally, Finger (and Robinson) left Kane's studio and to work directly with DC as hired staff. However, at DC he could have told people the extent of his contributions which surely would have made DC realise that Kane wasn't really the sole person behind Batman's success, but he apparantly did not. Kane meanwhile, kept accepting Batman stories written by him and Robinson. With Finger and Robinson gone, Kane hired more staff in his studio, while still crediting all their work as his.

Meanwhile, at DC, Finger worked on not just Batman stories, and many others too. Once again, he made definitive and lasting contribtions to the characters he wrote for.

Finger wrote a bit for Superman too. While there, he wrote the story where Superman discovers his own origin from the planet Krypton. It was the first major re-telling of Superman's origins, and shed light on Jor-El's scientific theory of Krypton being in trouble being ignored by those in charge, as well as establishing Krypton as a planet inhabited by highly intelligent beings (for example, children were supposed to learn engineering by age 5). For the tenth anniversery of Superman (Superman #53) - As Finger did with Batman, he boosted up Superman's origin and motivation to fight crime with emotional bagage from the death of family (in this case, Pa Kent).

"No man on Earth has the amazing powers you have, You can use them to become a powerful force for good!" ... "To fight criminals best, you must hide your true identity! They must never know Clark Kent is a... a super-man! Remember, because that's what you are... a superman!"

He, along with John Sikela also created the character of Lana Lang - a romantic interest to Superman from a young age.

Green Lantern and others

Besides Batman and Superman, he also worked on the opening issue of the Green Lantern. Martin Nodell created the character, and after writing a few pages, Finger was brought in by DC to help. Their collaboration continued for years, and Bill Finger even recieved byline credit for it. He also created the character of Wildcat and recieved credit for that too.

As the 60s Batman television series began, the profile of Kane became more and more famous. It seems as it did, Finger seemed to go on a downward decline. (Interesting to note that Finger actually wrote two episodes for the 60s television series too, making him the only person from the comics to write for it. He created the villain "The Clock King" in the process.) He was fired (along with other employees) from DC just for asking for a health plan, and better credit and recognition for his stories. Later on he worked as a freelancer for DC.

Bob Kane publicly accused him of lying (over the creation of Batman), and had massive success with the Batman 60s TV show - Bill on the other hand, went through two divorces and started drinking heavily. His son, Fred, came out as gay which further strained the father-son relationship a bit. He died in 1974, nearly broke, having never recieved proper credit in his lifetime for Batman.

From all accounts, Fred had immense love and respect for his father. Fred took his father's ashes and laid it out on the beach in the form of the Batman symbol, before it was swept away by the waves - Probably the most touching and genuine tribute he will ever recieve.

While Kane's death in 1998 was international news, Bill Finger's death did not have any coverage, except one obituary in a small fan magazine. About 15 years after Finger's death, Bob Kane expressed some regret on not crediting him.

Now that my long-time friend and collaborator is gone, I must admit that Bill never received the fame and recognition he deserved. He was an unsung hero ... I often tell my wife, if I could go back fifteen years, before he died, I would like to say. 'I'll put your name on it now. You deserve it.'

We don't know how genuine his words are here, as he never made any effort in his lifetime, even after mentioning this, to give him official credit anywhere.

Nobleman had already written about the co-creators of Superman, and now wanted to delve into the creation of Batman. The more he found about the early days of Batman, the more he realised the importance of Bill Finger, and how he was never given any public recognition for his work on the character. He decided to do more research on him, and the more he did, the more became convinced that he was the real person behind the creation of Batman. In his words, ...

I give Bill 99% of the creative credit for Batman. But I give Bob much more than 50% of the business success for Batman, at least at the beginning. Bob was the one who got it out there. But he got out someone else’s idea, and he took credit for it.

- Mark Tyler Nobleman on who should get credit for Batman

Photos of Bill Finger are notoriously rare to find, but Mark managed to find out a few photos of him which were previously unseen to the larger public. You can see those by visiting his blog. He also wrote a book detailing his story of trying to find more on Bill Finger called "Bill the Boy Wonder: The Secret Co-Creator of Batman". In the process of doing research for the book, he also ended up finding the lone living heir to Finger - Athena Finger. 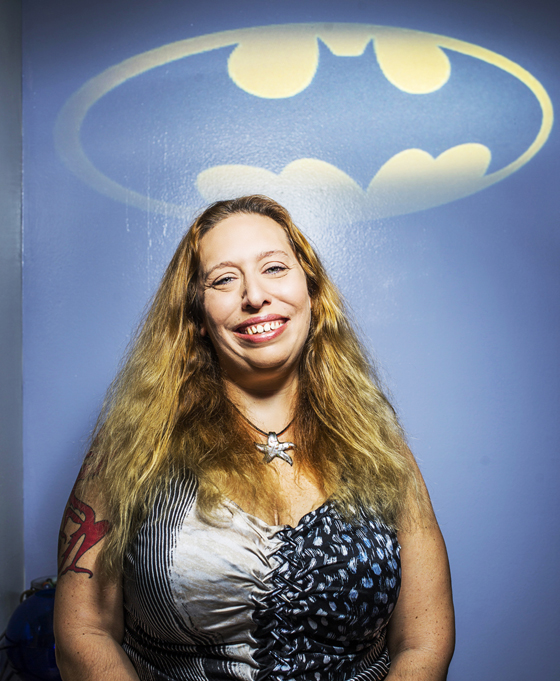 Athena Finger is Bill Finger's granddaughter. She's the daughter of Fred Finger, Bill's sole son. Fred passed away in 1992, leaving Athena as Bill's sole living heir. Athena was born two years after Finger's death, so she never got to meet him. When Nobleman contacted her, she was initially reluctant to talk to DC about mentioning that she exists and an heir to Bill. However, on further persuasion, she called DC to let them know about her, and embraced her grandfather's legacy and started to talk more about him.

Since then, she has been more vocal about Bill. Recently she mentioned the following:

... My grandfather has never been properly credited as the co-creator of Batman although was an open secret in the comic book industry and is widely known now. It is now my time to come out of the shadows and speak up and end 75 years of exploitation of my grandfather, whose biggest flaw was his inability to defend his extraordinary talent. Due to what I feel is continued mistreatment of a true artist, I am currently exploring our rights and considering how best to establish the recognition that my grandfather deserves.

Bill was the best writer in comic books ... He would attach things to the scripts to help out the artist - if the story was about a cruise ship, he would attach a schematic drawing of a cruise ship. It was immensely helpful! He did so much research!

Jerry Robinson is a legend in his own right, and worked with Kane, Finger and others during the early days of Batman's creation. He is the creator The Joker and Robin (along with Finger). As a way of honoring Finger, he established the Bill Finger Award, awarded annualy at the San Diego Comic Con. It's given to two recipients - one living and one deceased.