Whenever you see Batman in any official media, you'll find the byline 'Created by Bob Kane' mentioned along with it.

Bob Kane was, and still is, an often misunderstood individual. I guess its fitting that one of his creation's stories has one of the most apt lines to describe the way he lived and the way he is remembered by most comic fans who are knowledgable about Batman's history - You either die a hero or live long enough to become the villain 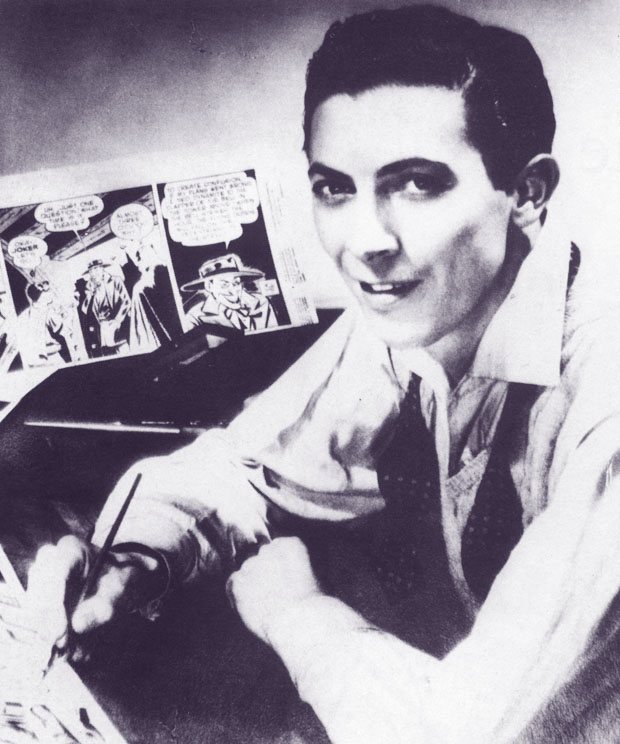 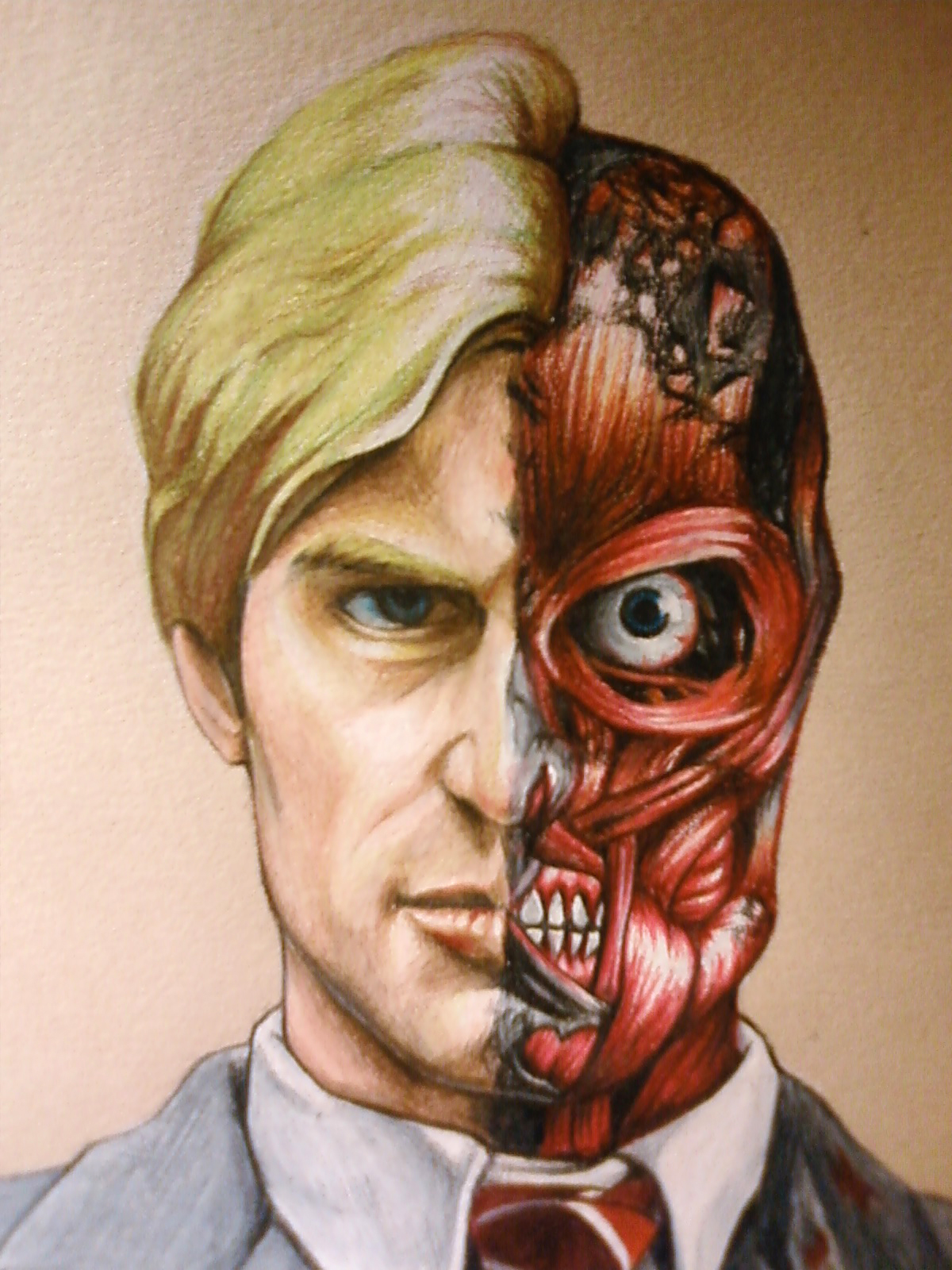 Robert Kahn (October 24, 1915 – November 3, 1998) primarily known as Bob Kane, was born and broght up in New York (the Bronx). He went to DeWitt Clinton High School (the same school Bill Finger went to, but was a few years junior to him and didn't meet). After he graduated from high school, he legally changed his name to 'Bob Kane'.

Kane went on and joined the Max Fleischer Studio as a trainee animator in 1934. He worked there for about six months, before to going on to study art at Cooper Union, and other schools. His first real job as a comic book artist was at Fiction House, where he was hired as staff writer, and had his first published work in in Wow! What a Magazine! #3 in 1936. He submitted work which would be featured in both Detective Comics and Adventure Comics (the two studios would later merge to form DC Comics).

Much of Batman's creation is covered in the history section of Understanding Batman. In 1939, Kane tried to come up with a superhergo concept, as there was a huge interest in superhero-like characters after the enormous success of Superman. Kane had met Bill Finger at a party, and they hit it off owing to thier mutual love for comics and they fact that they both grew up in the Bronx. Kane had offered Finger a job as a writer working in his studio, which Finger accepted (he was at that time working as a shoe salesman, which its fair to say, he wouldn't have liked as much as writing). Ultimately, in my opinion, offering Bill Finger a door into the comics industry has been Kane's biggest, and thouroughly verifiable and genuine, imprint in the comic book world - yes, even more than creating Batman.

By most accounts, Kane came up with the concept of masked vigilante with some sort of wings (and called it "The Bat-Man"), but it was a far cry from the Batman we know now. Its safe to say that it was a vague thought rather than even a full fledged idea, which had more in common to Superman and The Shadow than the Batman we know today (which seems fair considering they were trying to create a character which would hopefully replicate the success of Superman).

While Bill Finger, Jerry Robinson and other ghost artists toiled in the background, Kane was the one talking to the publishers and most in the eye of them. For all purposes, the publishers asked for panels, and Bob delivered. So clearly, he was the main guy from the publisher's perspective. As Batman's popularity grew, so did Kane's ego by most accounts. He also reportedly took an "Agent's Cut" from his ghost artists which was reportedly as high as 50%!

It's all about the credit, baby

As Batman reached new levels of success, there was more talk of the people involved. Kane, who had been the primary interface to the publishers right from the start, naturally (maybe rightly, in his perspective) thought to be the sole creator of the character. After all, there was countless examples of famous people taking credit for work primarily done by their subordinates. With Kane, he very quickly stopped doing any actual work on Batman, and let his ghost artists do all the work, all the while putting his name on it. Maybe he saw nothing wrong with it; Edison often operated in the same way. Nowadays, doing something like this is unthinkable in the comics business, but back then the rules were different.

The problem though, is that Kane actively ridiculed people like Bill Finger, Jerry Robinson, Carmine Infantino when in his heart of hearts, knew that they deserved it. For example, Kane ridiculed Jerry Robinson for his claim of creating the character of the Joker, whereas most comic book historians place the credit of creating the character to Robinson (and Finger). He accused Bill Finger of making fraudulent statements, in other words, he publicly called him a liar.

I read your article that you sent to me, "If the Truth be Known,'' ''A Finger in Every Plot," and it seemed to me that Bill Finger has given out the impression that he and not myself created the ''Batman, t'[sic] as well as Robin and all the other leading villains and characters. This statement is fraudulent and entirely untrue.

I, Bob Kane, am the sole creator of "Batman." I created "Batman" in 1939, and it appeared, if memory serves me correctly, in Detective Comics as a six or eight page story, and I signed the first strip, "Robert Kane."

There were also a few more moves done by Kane, which could be questioned ethically by some. When Superman creators Jerry Siegal and Joe Shuster decided to sue National Publications (Which would later become DC Comics), they asked Kane if he would like to join the suit. Not only did Kane not join the suit, he reportedly went ahead and told the publishers about Siegal and Shuster's plan to sue.

He also claimed that the contract he signed during the early days of Batman was void as he was a minor (he was born in 1915 and Batman came out in 1939, which would have made him 24, and definitely not a minor). The publishers, not wanting to deal with the mess, offered him a renegotiation of the contract. Kane negotiated one of the best deals in comic book history. Along with a better page rate, and rights of revision, he also ensured that only he be mentioned as the sole creator of Batman in perpituity.

In 1989, Kane published his biography called "Batman and Me". In it, he expressed regret on not crediting Bill Finger for Batman. He also got a windfall in terms of riches, with the release of the 1989 Batman film, directed by Tim Burton - of which he got a fair share of money in terms of merchendise sales and more. However, it seemed it still seemed he held on to grudges, for example, he suckerpunched Jim Steranko at Comic Con (Steranko got back though).

Kane was entered into the Will Eisner Comic Book Hall of Fame in 1996. Bob Kane died on November 3, 1998. The news of his death was covered heavily, with tributes published in major news outlets and publications around the world.

Nowadays, its difficult to find people who have knowledge of that that period of comic book history to defend Kane on most matters. I'll bravely(!) attempt to put forth a defense of Kane - Its important to remember people as people and not as caricatures.

Regardless of his words and actions afterwards, it is indeed indisputable that Kane was the impetus for starting Batman. Without that, nothing else would have got started. Its another matter that without Bill Finger (and others like Jerry Robinson, Dick Sprang, Gardner Fox etc), Batman may not have looked and felt like anything we know now, and the character may have gone into the dustbin afterwards, but the fact still remains that Kane was involved in the creation of Batman. No one can deny that.

Kane was famous for using ghost artists, which was nothing unusual for the time. Even if ghost writers did everything, and he had just the final editorial veto, that still had to count for something. Its difficult to imagine him not giving absolutely any inputs or discussing absolutely nothing with his ghost writers, and for whatever its worth, that does count for something. Also, Kane, does actually seem to be involved in the creation of a few major Batman villains (for example Scarecrow, Clayface, Catwoman etc. Two-Face was almost exclusively his creation too, which I think is entirely fitting). Jerry Robinson himself gave Bob Kane a small credit in creating the character of The Joker (though it was majorly Robinson and Finger who did it).

Bob Kane was also a very good and shrewed businessman. A lot of times too good. However, this also meant that Batman was sucessful commercially over the years. (Of course, Warner Brothers and DC Comics had a much bigger role). Kane managed to spot amazing talent, and had them work for him on Batman (sadly, often without credit - but still it was a big break some of them needed in their career), which nevertheless, layed the foundations for an iconic character.

However - As said earlier in this page, I think his biggest contribution to comics was to actually bring Bill Finger into comics - as he contributed to more than just Batman. Even if you remove the entirity of Batman from Finger's career, his work on comics is still something most comic authors would just dream of. So I think Kane's biggest gift to comics was not Batman and the associated universe (which is a close second), but actually Bill Finger.