One of the biggest and most legendery crime lords in Gotham, The Penguin is still somewhat of an enigma.

He is not imposing and strong like Bane, not psychotic like the Joker, does not have mutant or supernatural powers like Man-Bat or Clayface - Yet he remains one of the most famous Batman villains. The Penguin is one of those Batman villains who has risen and stayed at the top despite all odds. 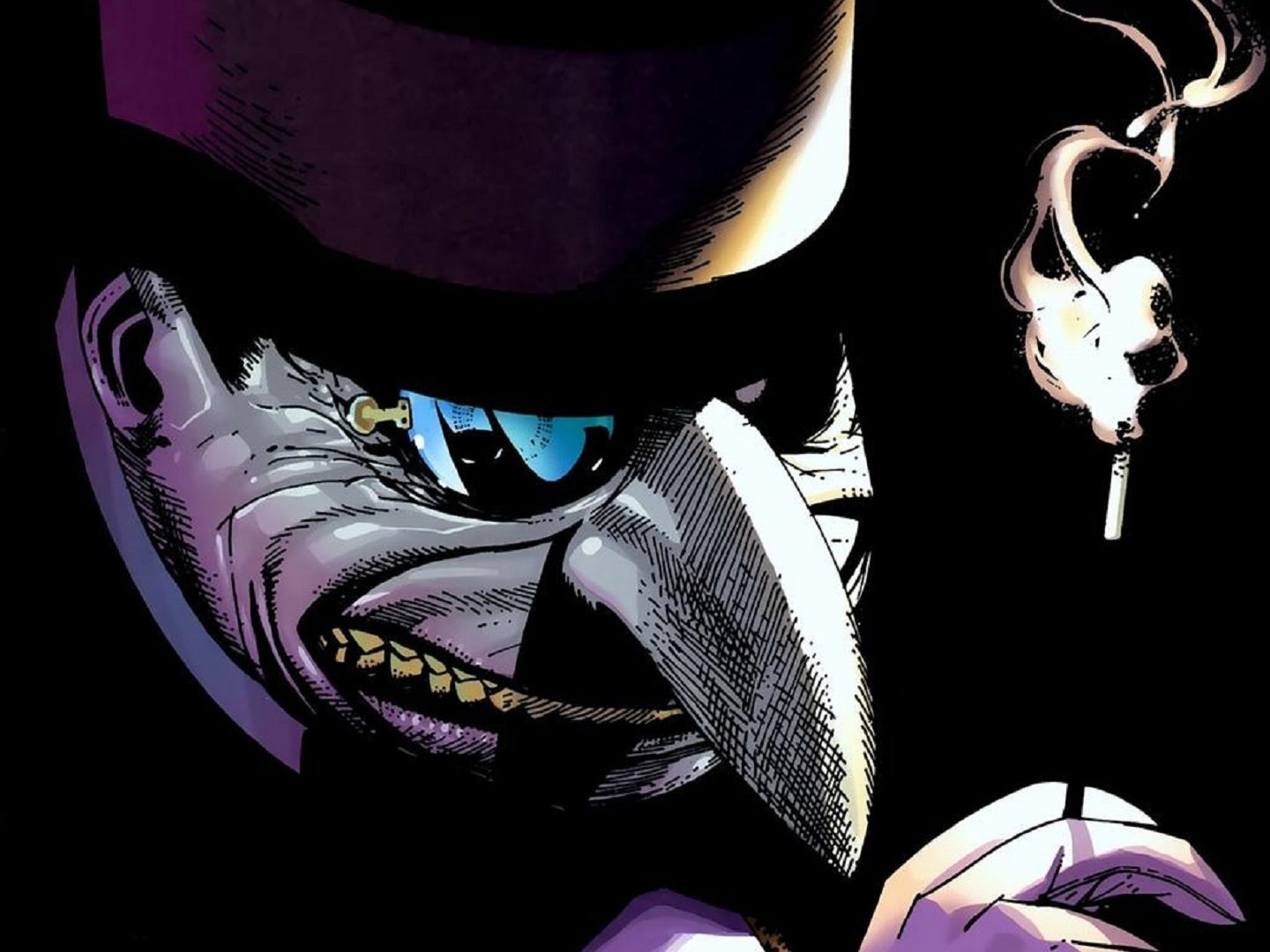 Born in a wealthy family, Oswald Chesterfield Cobblepot - better known as The Penguin is one of the most famous supervillains in the Batman universe.

He is usually potrayed as a short, fat man who has a love for aviary related items and has a collection of trick-umbrellas (some of which shoot bullets, some of which have a blade or shiv, etc). He generally dresses in tuxedos or other formalwear, considering himself to be a member of high society. He often wears a monocle and is fond of cigars. Artists have modified this visual interpretation of this character lately in certain ways in various media. For example, in the Arkham videos games, he is not always in formal wear as such. In the TV series Gotham, he is not shown as fat nor very short.

He was introduced in 1941 as part of Detective Comics #58. It is generally recognized that writer Bill Finger came up with the character along with Artist Bob Kane.

Kane said The Penguin was inspired by the mascot of Kool Cigarettes, which was a penguin with a top-hat and a cigarette. Finger said that the image of a high class gentleman standing in the get-up of a tuxedo reminded him emporer penguins. 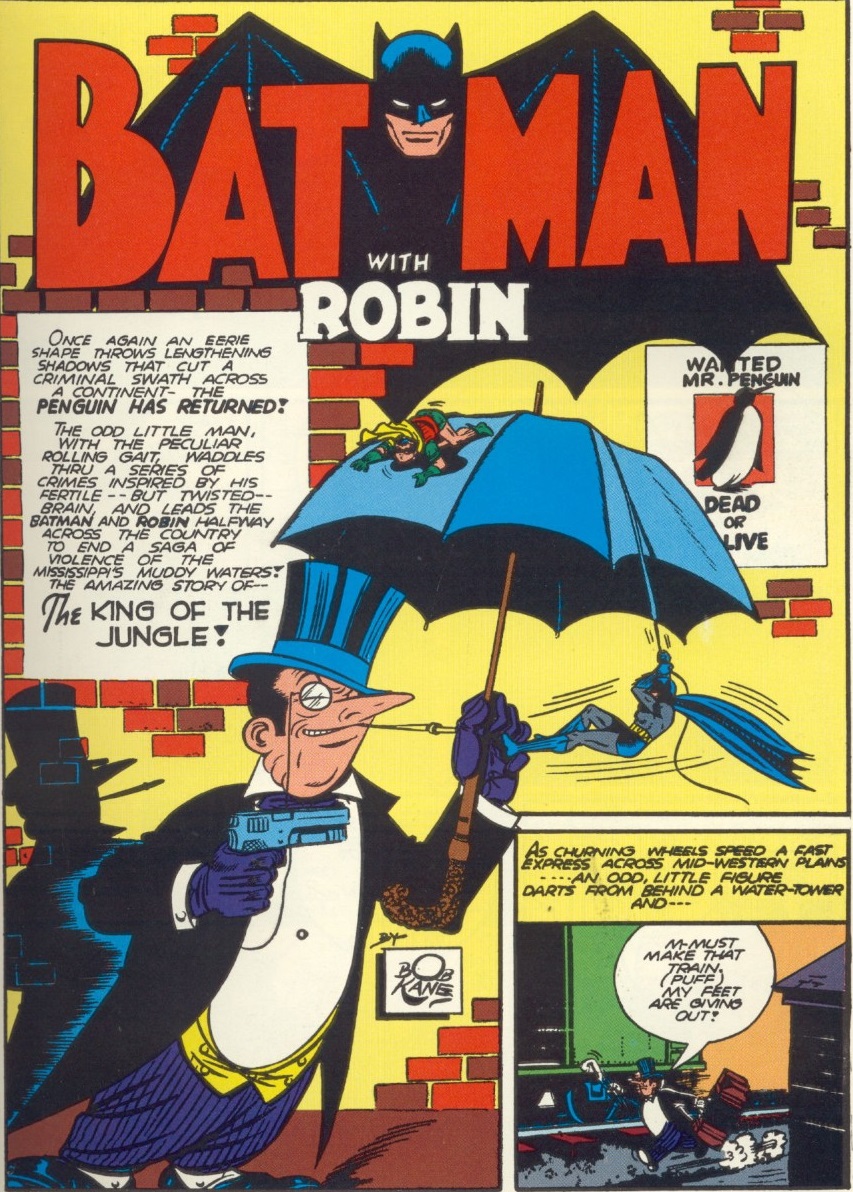 From this cover, you can tell from how the penguin was drawn what Bill Finger meant by his resemblance to an Emporer Penguin.

The Penguin is not physically imposing at all, so his fearful aura is all due to his personality and attitude. The Penguin is extremely resourceful, and has considerable skills in management, which he uses to run his establishement - the Iceberg Lounge and Casino.

The Penguin is not a psychotic villain like, say, The Joker. He also doesn't seem to have much of a personal gripe with Batman - He just wants to do his business and sees Batman as an extreme hindrance to his plans. In fact, he is actually pretty cunning in almost everything he does. Even though he is not psychotic, he is extremely ruthless whenever needed, and often is extremely vindictive.

A panel shedding light into the vindictiveness of The Penguin

The penguin is perfectly sane, but is just about the meanest and most dastardly mobster in Gotham. He is cold, calculating, resourceful, intelligent and resentful.

Denny O'Neal wrote the penguin as a boy who grew up bullied and picked on, and who later went on to become the bully himself - ultimately kidnapping and torturing his childhood tormentor, Sharky. To protect himself physically, he generally surrounds himself with big physically imposing henchmen and bodygaurds - one of the most famous henchmen being Sickle - one half of The Abramovici Twins.

The Penguin doesn't have any permanenent allies or friends. However, the closest person he has to a friend in the comics is the supervillain Joker. The Joker was the one who gave him Sickle, after seperating The Abramovici Twins. He has teamed up with The Joker many times in the past. The Joker also expressed sadness when he thought that the penguin died.

In the TV show Gotham, the Penguin seems to genuinely believe that Jim Gordon is his friend after Gordon faked penguin's assassination and let him go, thereby saving his life and leaving gotham to regroup. In the show, he also at various points of time has teamed up with Salvador Maroni as well as Don Falcone. 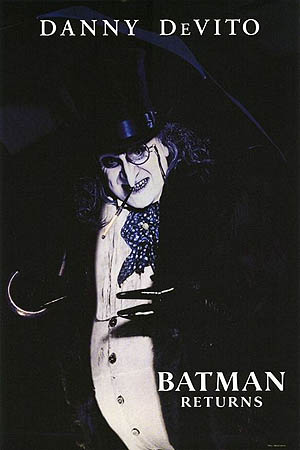 Danny DeVito as The Penguin in Batman Returns

He has been portrayed by Danny DeVito in the 1992 movie Batman Returns, in which he was the main villain. In that movie, he was portrayed as a grisly, feral villain with a disgusting appearing, rather than a refined upper-class gentleman look given to him in the comics. 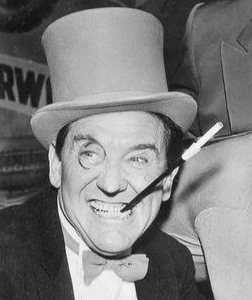 In the 1960s Television show, the role was portrayed by Burgess Meredith, and his portrayal was quite popular, especially his signature laugh. 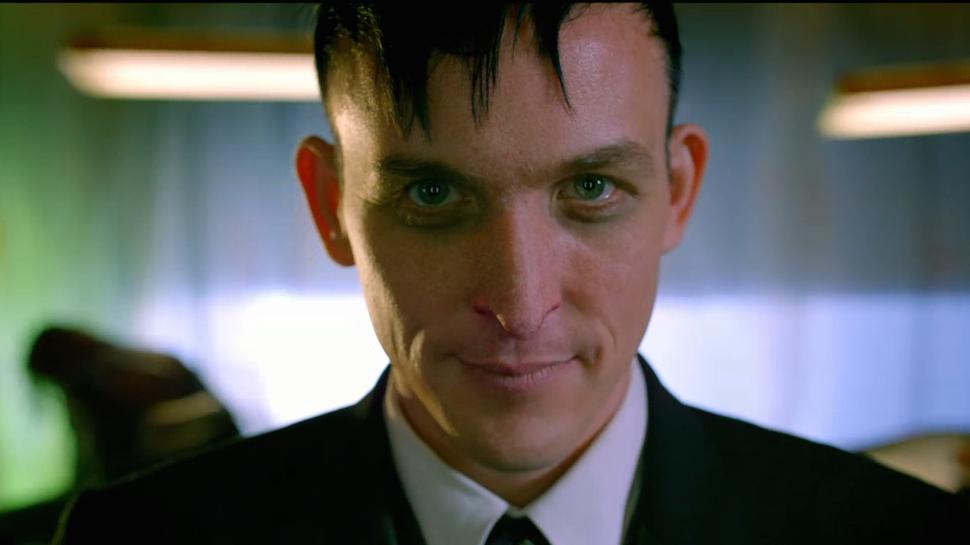 Robin Lord Taylor as The Penguin in the TV Show 'Gotham'

In the TV Show Gotham, the part is played by actor Robin Lord Taylor, whose performance had been universally lauded as the best live-action take on the character yet. He plays the role of a young Oswald Cobblepot, just beginning his career in crime, and rising through the ranks.